The S&P and BTC vs The Money Printer 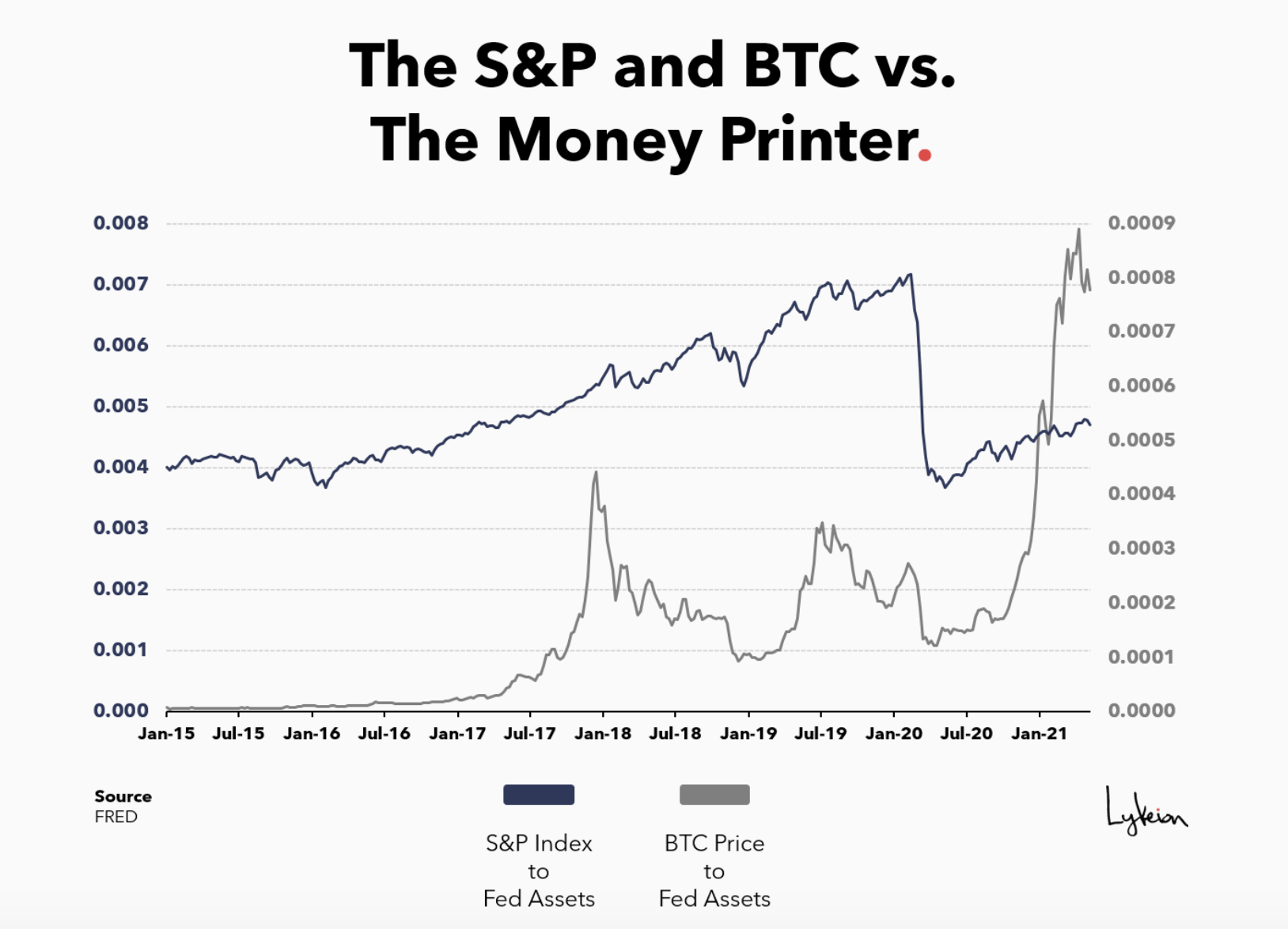 Go to original source: The Lykeion

As I began to ponder this ‘Rorschach test’ handed to me by the mad scientists in the Lykeion lab, I was quickly reminded that perception is reality in the eye of the beholder and as such it might be useful to consider it in the context of the ‘eye of the beholder’ of the two diametrically opposed groups that currently inhabit the opposing “high-grounds” on all things Crypto.

South Sea Bubble, that led Sir Isaac Newton to temporarily lose his mind and permanently his fortune? Yes – shouts the Boomer crew; it’s all a scam, those damn Millennials and their crazy internet dog money have clearly lost their minds in a mist of speculation and naivete.

Or is it showing me the future and telling me that Crypto and tokenized assets will take off and leave the old ways in the dust?  Yes – shouts the Crypto crew; All assets will be tokenized, accounted for on the blockchain, governed seamlessly with smart contracts in one big global decentralized 24/7/365 marketplace in the cloud. Those who does not get it will be left by the wayside, while those who does will ride by on their unicorns and purple Lambos.

As Churchill put it; “Statistics are like a drunk with a lamp post; used more for support than illumination.” Human knowledge tends to take the form of interpretation and the more I squint at this illustration from both sides of the argument the more I lean towards that rare middle ground, asking myself could they both be correct, but over different timeframes? 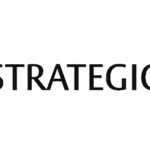 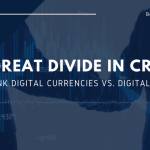