An emotional financial journey: The story of the lizard brain and the semiconductor…

“Men, it has been well said, think in herds; it will be seen that they go mad in herds, while they only recover their senses slowly, one by one.” – Charles Mackay, Extraordinary Popular Delusions and the Madness of Crowds.

An emotional financial journey: The story of the lizard brain and the semiconductor…

Looking at the long arch of history it is clear that human knowledge in fields like mathematics and science are cumulative, but the emotional arts struggles to pass effectively between generations. It would appear that the most important things can’t be taught, they must be learned. This seems to be particularly true of financial matters. Money, financial markets and our related frameworks have seen a constant evolution of both systems and technology, but human behavior remains the same. The ancient forces of fear and greed tends to rule, especially at the extremes. The lizard brain remains.

The eloquent and insightful JK Galbraith wrote in his book, ‘A short history of financial euphoria’ this timeless observation; “Contributing to euphoria are two further factors little noted in our time or in past times. The first is the extreme brevity of the financial memory. In consequence, financial disaster is quickly forgotten. In further consequence, when the same or closely similar circumstances occur again, they are hailed by a new, often youthful, and always supremely self-confident generation as a brilliantly innovative discovery. There can be few fields of human endeavor in which history counts for so little as in the world of finance. Past experience, to the extent that it is part of memory at all is dismissed as the primitive refuge of those who do not have the insight to appreciate the incredible wonders of the present.”

You can ‘design a better mousetrap’ but the tides of market behaviors always wash in their own directions. The manner in which bubbles build over time remains the same, with rising prices feeding confirmation bias, and self-reinforcing patterns setting in. The longer the bubble continues, the greater the evidence that the majority is correct. The more comfortable it gets running with the herd. The more the doubters start doubting themselves. Fighting FOMO Is hard, as Mr. JP Morgan stated; “There’s nothing in this world, which will so violently distort a man’s judgement more than the sight of his neighbor getting rich.” If your ‘neighbor’ is a 21-year-old kid turning his $1200 ‘Stimmy’ cheque into millions trading Crypto and Gamestop options on his Robinhood App while half asleep and on autopilot in his new Tesla it reaches another level of painful introspection even amongst the most prudent and pragmatic.

Eventually it gets hard being one of the last 8 people posting Warren Buffett quotes on social media and talking about bubbles of the past. Even the genius that was Sir. Isaac Newton eventually succumbed to the great ‘South Sea’ mania, as I discussed in our November Strategic Thought titled; ‘Navigating Terra Incognita’.

Let’s journey through the evolution of financial markets for some much–needed perspectives, from the Venice ‘Scritta’ commotion by the canals to underneath the Buttonwood Tree via Amsterdam and The City of London.

In Fernand Braudels, excellent book ‘The Wheels of Commerce’ he explains; “It is not quite accurate to call Amsterdam the first stock market, as people often do. State loan stocks had been negotiable at a very early date in Florence and Venice – with its use of book-keeping (scritta) the miraculous method of settling transactions between merchants on the spot, by transferring payments, without the use of cash and without having to wait for the infrequent settlement days of fairs, before 1328, and in Genoa, where there was an active market in the Luoghi and Paghe of Casa di San Giorgio, not to mention the Kuxen shares in the German mines which were quoted as early as the fifteenth century at the Leipzig fairs, the Spanish juros, the French rentes sur l’Hotel de Ville (municipal stocks) (1522) or the stock market in the Hanseatic towns from the fifteenth century. The statutes of Verona in 1318 confirm the existence of the settlement or forward market (…) In 1428, the jurist Bartolomeo de Bosco protested against the sale of forward loca in Genoa. All evidence points to the Mediterranean as the cradle of the stock market. But what was new in Amsterdam was the volume, the fluidity of the market and publicity it received, and the speculative freedom of transactions

Our frameworks today mostly grew out of the jump across the Atlantic of these innovations. The Buttonwood Agreement, which took place on May 17, 1792, started the New York Stock & Exchange Board now called the New York Stock Exchange. This agreement was signed by 24 stockbrokers outside of 68 Wall Street, New York under a buttonwood tree. The organization drafted its constitution on March 8, 1817, and named itself the “New York Stock & Exchange Board.” In 1863, this name was shortened to its modern form, the “New York Stock Exchange.” In brief, the agreement had two provisions: 1) the brokers were to deal only with each other, thereby eliminating the auctioneers, and 2) the commissions were to be 0.25%. It reads as follows: “We the Subscribers, Brokers for the Purchase and Sale of the Public Stock, do hereby solemnly promise and pledge ourselves to each other, that we will not buy or sell from this day for any person whatsoever, any kind of Public Stock, at a less rate than one quarter percent Commission on the Specie value and that we will give preference to each other in our Negotiations. In Testimony whereof we have set our hands this 17th day of May at New York, 1792.”

Moving on from the cozy gentlemen’s club under the buttonwood tree we take a look at an innovative ‘upstart’ with roots going back to 1790 – The NASDAQ which started out as the Philadelphia Stock Exchange and has since become a global player with a lot of ‘firsts.’

In the last decade we have also seen the emergence of digital assets, transacted and operated in a fast-evolving framework of token formats with smart contracts on distributed ledger technology traded 24/7/365 and globally, leaving the analog world completely behind. We have come so far yet we remain in the same place.

Away from the technological evolutionary progress the ancient impulses stir… 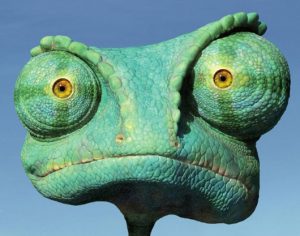 The super–highway of both signal and noise that the humble semiconductor facilitates has expanded exponentially during the last two decades leaving our lizard brains scrambled. A steady flow of Central Bank measures and reassuring promises has dulled the senses and markets. At the surface level, at least, it has risen only higher and higher. The indexing of the ‘surface level’ makes a neat product, and passive has become king, feeding of self-reinforcing logic and mechanics. Somewhere deep below the surface the lizard brain still stir, and one has to wonder what can turn passive investing into active panic as the age-old instincts eventually kick in yet again. In the world of financial matters ‘time is a flat circle’ and it is rarely different this time.

At the risk of being ‘that guy’ here is a quote from Warren Buffett that springs to mind as I survey the current market landscape; “The less prudence with which others conduct their affairs, the greater the prudence with which we should conduct our own affairs.”  One can still participate in the ‘party’, just make a mental note that the punchbowl has been spiked and it’s getting late. You don’t have to ride every wave to the crest, over time superior risk management and the ability to compound your wealth over the decades is the winning formula. 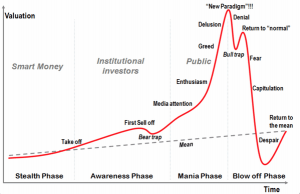 An emotional financial journey: The story of the lizard brain and the semiconductor… 2021-02-192021-04-26https://www.thestrategicfunds.com.pr/wp-content/uploads/2021/02/web_logo_white.pngThe Strategic Fundshttps://www.thestrategicfunds.com.pr/wp-content/uploads/2021/02/st7-1.png200px200px
About
Sune Hojgaard Sorensen, Managing Director
Sune brings 20 years of business and professional investment experiences across asset classes, investor segments and geographical locations to his work with Strategic Funds. Sune is the founder of an independent macro research company that provides distinct insights on global trends and related investment risks and opportunities. He is a partner with a US based think tank focused on research and advise for leaders in both the public and private sectors. He sits on the advisory board of a Swiss wealth and asset management group. He develops and manages investments for global families and entrepreneurs in his role as an Independent Asset Manager (IAM) with a Swiss based asset management business. He has developed a deep global bench of contacts across industries, and across his various business interests he can draw on a unique set of skillsets that enables him to provide actionable investment insights for optimal risk/return balancing. He provides The Strategic Funds group with perspectives on macro trends for the identification of risks and opportunities. He is available for conversations with clients and interested parties on global macro trends and how they can best deploy the Strategic Funds’ sets of strategies to protect and optimize their broader investment portfolios and navigate the ever-changing global landscape.
Drowning in Information, but Thirsty for Insight?
Join our Strategic Insights Community! We do not have all of the answers, but we are not afraid of exploring the big questions and discussing the matters that affect you and your family as you work to achieve your goals.