Get Ready for Coal in Your Stocking This Year

One of our fundamental theses for the decade ahead is that the world is at the outset of a massive energy transition away from fossil fuels in favor of renewables. That is the reason we focus on commodities like copper and nickel, both of which are widely used metals for which demand will increase due to their import to renewable energy technologies. It is also why we have spent time delving into the long-term potential of hydrogen as a fuel alternative, as well as disturbing trends related to the obsolescence of nuclear plants in much of the developed world. It might surprise you, then, that we expect one of the top performing commodities of 2022 to be coal – dirty, pollutive, left-for-dead coal.

At first blush this assertion might seem nonsensical. After all, coal is the dirtiest sibling of the hydrocarbon family. Almost every country in the world realizes this and is trying to reduce its dependence on coal for power production. This is a big reason why coal’s share of global electricity production has declined from a peak of around 40 percent in 2013 to 34 percent in 2020. Not only that, but coal is fast losing market sure to both natural gas and renewables like wind and solar. That isn’t due to any ESG bias either – it is because the cost of deploying renewable energy has fallen below the coast of coal and most fossil fuels. Coals days should be numbered – and they are. You don’t need a weatherman to know which way that wind blows. 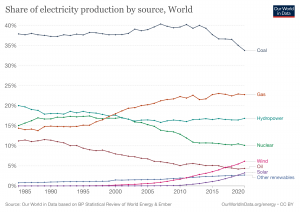 As a result, most markets forecast expected difficult times ahead for coal. According to the IEA, declines in global-fire coal power generation in 2019 and 2020 led some to speculate that coal “peaked” in 2018. Those expectations were dashed in Q4 2021, when coal prices ascended to their highest ever recorded price, breaking a record set back in July 2008. China and India – the latter of which at one point only had 3 days of coal stocks left for power generation – stole most of the global coal headlines, but this wasn’t just an emerging markets story. Annual coal production and consumption in the U.S., for example, were up 8 percent and 14 percent y-o-y respectively. That is largely because of the astronomical increase in the price of natural gas, due to last winter’s cold snap in East Asia and ongoing geopolitical problems between Russia and Ukraine.

Lest you think last year was an aberration, the EIA expects the situation to get worse before it gets better – despite less demand from the electric power sector! Between increased demand for coking coal (used in steel making), elevated natural gas prices, and depleted coal stock reserves, the U.S. government is expecting increased coal production in 2022 and 2023. And while the EIA is forecasting lower levels of total U.S. consumption, at the global level, the situation is different. Even though electricity generated from renewables is expected to increase by 6 percent in 2022, according to the IEA, that will only provide for half of projected growth in global demand. As a result, the IEA is forecasting a 3 percent increase in coal-fired electricity generation in 2022 – an all-time high.

As if on cue, 2022 began with a veritable earthquake in the global coal marketplace when Indonesia – which has surpassed Australia as the largest global exporter of coal – halted all coal exports to secure its own supply. The export ban only lasted 10 days, amid pleas from countries like Japan and South Korea, which are dependent on exports from Indonesia to meet their own power generation needs. But the Indonesian government is also considering penalties for producers that haven’t been allocating 25 percent of their output for the Indonesian market. It is no wonder, then that China has ordered its coal producers to maintain coal output during the upcoming Lunar New Year holiday and to expedite the completion of new cross-region electricity grids and Malaysia is looking to source coal imports from elsewhere.

Indeed, China may be the proverbial “canary in the coal mine” to watch going forward. Almost half of China’s total energy supply came from coal last year. China was caught flatfooted by coal shortages last year, and aside from urging its domestic miners to increase production, it has also started stockpiling coal supplies so that it is not caught in such a precarious position again in 2022. Considering how important coal remains to China’s power mix – and how important China remains in terms of global supply chains – any signal that China is girding itself for potential shortages or prolonged periods of much higher prices is a clear indicator that the risk of higher coal prices is skewed to the upside in 2022. 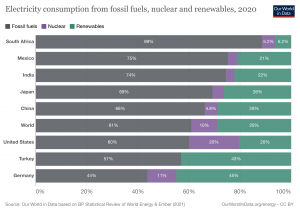 In the long-term, of course, the trendline for coal is clearly pointed downwards. But this trend is going to play out over multiple years, if not decades. Ironically, the increase in coal consumption will likely coincide with increases in global emissions, which in turn will make the politics of global energy transformation more urgent, especially for the developed economics that can afford to throw money at the problem. Emerging market economies, however, have fewer options, and must now also factor into their calculations that global coal mining is suffering from years of underinvestment and suspicion due to its being out of favor with investors. For the record – coal is out of favor with investors for good reason! None of this is to say the world should go back to the First Industrial Revolution and power cities with coal again.

It is merely to point out that in the “in between days” of the global energy transition, we are not going to go to sleep one night charging our iPhones based on the energy grid in its current form and wake up the next day charging them via solar panels and green-winged fairies. It is precisely because coal is the dirtiest of the hydrocarbons and yet still a major source of global power production that global coal prices will likely outperform in the next few years. As the IEA points out, the coal rebound is a “blip” to be sure – but the “fate of coal depends on how effectively countries move to implement their net zero commitments.” Even ardent environmentalists must confess there is no reason to think those commitments will come to fruition sooner rather than later, especially with two-thirds of global coal consumption happening in India and China, both of which have a greater immediate imperative to grow than to become green.

The moral of the story is an old one: don’t let your heart lead your portfolio. For the good of human civilization, we must and eventually will move away from hydrocarbons to a more sustainable future featuring renewable energy. But such platitudes don’t power factories or bring electricity to our beloved electricity outlets. Coal does – and will charge a premium for doing so before renewables have scaled up enough to replace Atlas in his traditional role. 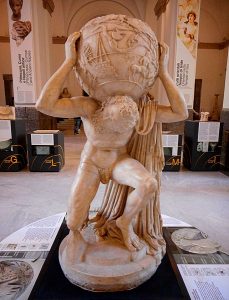